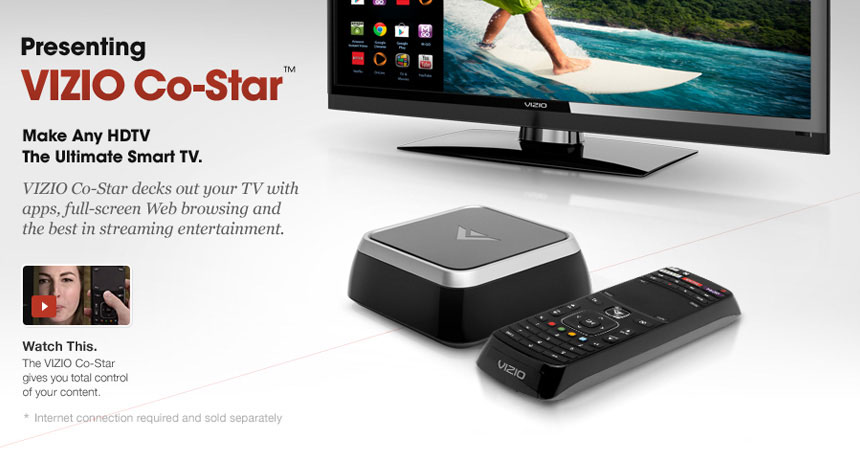 VIZIO Acclaim. See what the critics are saying.

Apps
By The Thousand

With access to thousands of apps, Google Play takes your entertainment experience to the next level. A simple interface lets you download all your favorite apps to watch, listen, chat and play through your TV in a whole new way.

Co-Star refines the latest version of Google TV. in a simple interface that's as intuitive as it is smart. Merging live TV and streaming content, it allows you to enjoy full-screen Web browsing and multi-task with ease in a single uninterrupted entertainment experience. 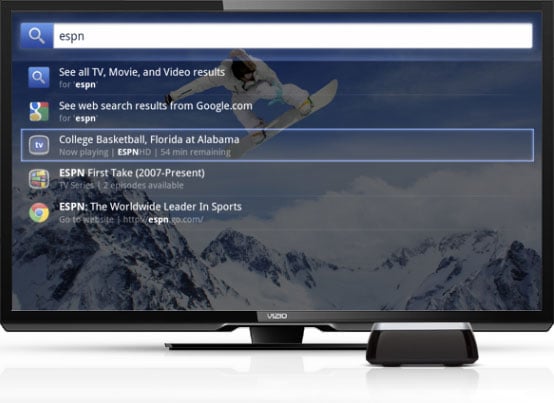 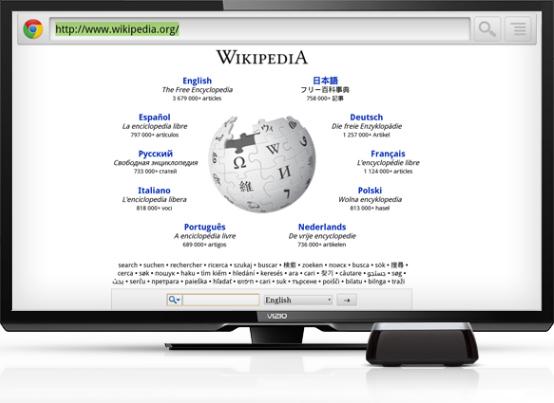 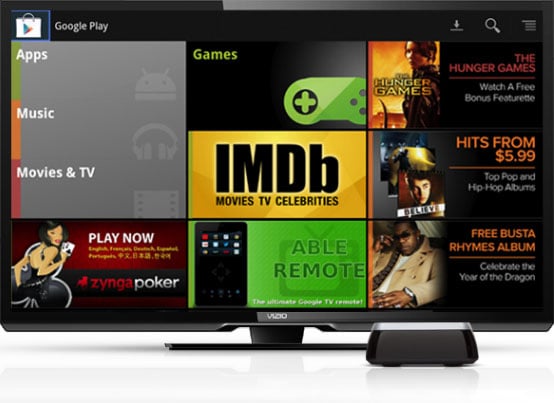 Touch, Point, and Tap with Ease

Co-Star's innovative two-sided universal touchpad remote with keyboard and built-in IR blaster puts the power to navigate a world of entertainment in your hands. Control all your devices and effortlessly search across apps, the Web and television listings without missing what you're watching all from a single remote that looks and feels as outstanding as it functions.

OnLive is a revolutionary new concept in video games, instantly delivering the latest high-end games on demand directly to Co-Star™ through the internet with the simplicity of streaming video.

Co-Star's state-of-the-art technology takes top billing, packing the phenomenal power of a PC into a palm-sized box. Driven by an ultra-fast processor, advanced chipset and built-in Wi-Fi, it has the muscle to deliver Google TV. in 1080p Full HD and the graphical horsepower to support 3D picture that leaps off the screen.

Set Up In A Snap

Setting up Co-Star is as simple as 1-2-3. Simply power on and connect your cable or satellite receiver to your TV through the HDMI ports. Then let Co-Star's on-screen set-up wizard guide you the rest of the way.

Built-in 802.11n Wi-Fi, Bluetooth and USB ports let Co-Star access other devices on your home network to see more of your favorite movies, music and pictures on the big screen as well.

For times when the remote is not nearby, downloading the free Google TV™ remote control app gives you full control of your Co-Star from your Android or Apple smart phone or tablet.

You can compare a maximum of three products at a time.

Thank you for your interest.

Thanks for Signing Up!
Submit

Once the VIZIO product you want becomes available, we’ll let you know.